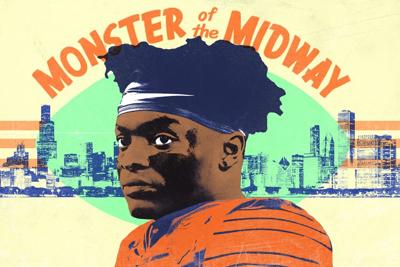 Since ending 8-8 and losing in the first round of the 2020 NFL playoffs to the Saints, GM Ryan Pace and head coach Matt Nagy have been on the hotseat in Chicago. With that being said, Pace and Nagy have hooked us in once again by making some very exciting moves in the offseason. First in free agency, they made questionable moves signing Andy Dalton to a one year deal worth about 10 million. They also put star wide receiver Allen Robinson on a Franchise tag while also releasing long time Bears corner Kyle Fuller to create cap space for the signing of Dalton. After all that, Pace had to find some depth at corner and signed Desmond Trufant from the Lions. The Bears also did a lot of work in the trenches, first they cut off ties with longtime right tackle Bobby Massie, then they re-signed center Cody Whitehair as well as Germain Ifedi who can really play anywhere on the O-line. Nagy and Pace also added to an already stacked running back room, with a veteran in Damion Williams who actually played with Nagy in Kansas City.

Now going into the draft people didn't know what to expect. The Bears were sitting at pick 20 and us fans were not really sure what was going to come out of it. With the first three picks of the draft, all Quarterbacks were chosen. However two of the most exciting QBs still had yet to be selected— Justin Fields from Ohio State and Mac Jones out of Alabama— and as they both slowly began to fall all the way to pick 11 the Chicago Bears made a move no one was expecting sending pick 20 as well as a fifth rounder this year and next year's first and fourth round picks for the Giants pick 11 and with that pick they drafted Quarterback Justin Fields.

This has brought more excitement to all the Bears fans, including myself, than anything else in our lifetime. To prove this, I asked some Hersey students about their reaction to the Bears 11th pick. Freshman Chad Tramba said, “I felt a rush of excitement and now have hope for the Bears future.”  Sophomore Charlie Shiffman said “I thought it was a great pick especially after all the other Quarterbacks the Bears have had, and I think everyones really excited.”  With all this excitement already starting, the Bears made another great pick in the second round drafting Tevon Jenkins, a tackle out of Oklahoma State. He did great things in college and was expected to go in the first round. To acquire Jenkins, the Bears did need to move up in the draft once again, sending a second, third, and fourth round pick to obtain a higher second round selection as well as a fourth round pick. With the rest of the picks, the Bears just filled in holes.  In round 5, the Bears acquired another offensive lineman in Larry Borom from Missouri. In the sixth round the Bears had 3 picks, drafting a highly  underrated running back in Khalil Herbert, Dazz Newsome, another speedy receiver for the roster, and cornerback Thomas Graham Jr. With the Bears final selection, they drafted Khyiris Tonga, a defensive tackle from BYU. Overall the Bears had a wonderful weekend drafting players that will contribute to the team nicely. With all these moves, Bears fans are getting a glimpse of what should be an exciting future especially in the QB room.